The Evolution of Technology in the Classroom for IT Specialists 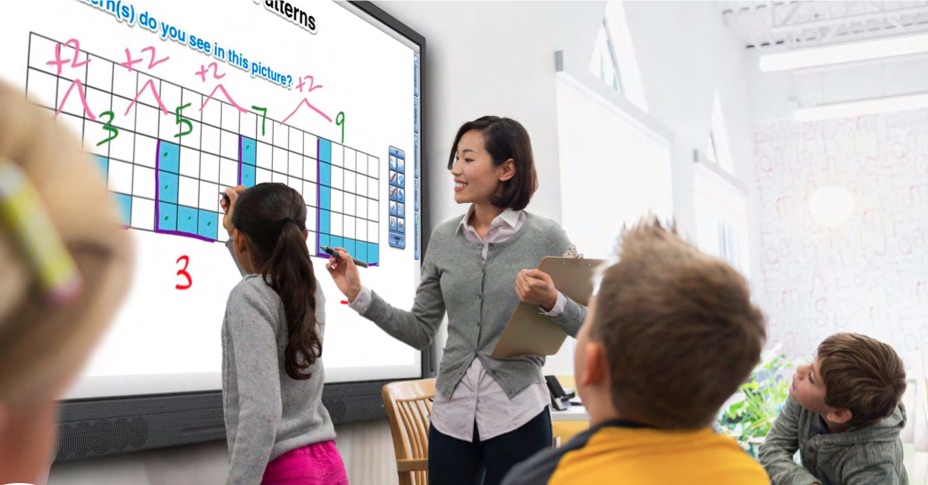 Technology in the classroom isn’t a new concept by any means. Ancient Greece had a very tech-forward education system, as did Ancient China and the Middle East.

In 1436, EdTech took off and swept through the Renaissance with reckless abandon. In the early 20th century, philosophers and scientists alike pioneered advocacy for the use of technology in the classroom, even digital!

If you’re feeling a bit lost or overwhelmed, don’t worry — we’ll explain. The interconnected legacy of EdTech spans tens of thousands of years, gradually evolving into the structure we have today.

Whenever tech solves a critical problem, society inevitably adapts and schools must prepare students for the new world. What once seemed impossible soon becomes commonplace, even fundamental.

Take a closer look at how we got to where we are today.

Once Upon a Time… There Was EdTech

Tens of thousands of years ago, things were much simpler by technology’s standards — the primary medium for communication, and teaching, was word of mouth. This is how knowledge was passed down through the generations regarding everything one needed to know in order to survive and prosper in ancient times. It wasn’t until about the 4th century BC in Ancient Greece that our contemporary understanding of formal education emerged, although speech was still the technology of choice until writing tools emerged.

Writing tablets popped up over the course of several thousand years in various locations around the world, made of different materials, such as wax, clay, bark, leaves and parchment, ultimately responsible for first putting EdTech on the scene.

As the Renaissance emerged, one invention changed accessibility to education forever. In 1436, Johannes Gutenberg invented the printing press. Although woodblock printing in China and movable type in Korea can be dated back to at least five hundred years prior, Gutenberg initiated the widespread rebirth and subsequent thirst for knowledge experienced throughout the West during the time period.

Books were by no means accessible to the average person — they were extremely costly and typically circulated among the upper class. The printing press did however alter the course of education for years to come with the newfound ability to produce educational materials on a much larger scale than ever before.

Philosophers, astronomers, and other important thinkers of the time could now build on each other’s ideas over long periods, setting a chain of events into motion that would eventually lead to later achievements such as the Scientific Revolution.

The Advent of Modern Education

By the time the 19th and early 20th centuries rolled around, technology was evolving rapidly in the wake of the Industrial Revolution. Technology trickled down, eventually integrating into the structure of the classroom, and education became as advanced as ever.

Pens, pencils, chalk, and blackboards became routinely available in the classroom. Despite lower literacy rates among the working class, books were much more accessible than they had been previously, and students were able to fill their minds with science, mathematics, philosophy and great works of literature.

One philosopher of the time, John Dewey, had a lot to say about the advancement of education, and as a result, technology:

“The native and unspoiled attitude of childhood, marked by unspoiled curiosity, fertile imagination, and love of experimental inquiry, is near, very near, to the attitude of the scientific mind.”

As students’ access to systems of educational technology became increasingly widespread, their curiosity was piqued, and minds were expanded. Dewey, building upon his predecessors, thought that education should not be about memorizing mere facts, and made the important distinction between information and knowledge — which is the sweet spot of contemporary EdTech.

In fact, Dewey went as far as to say that education can only be successful if there is continuity in the curriculum, reflecting the activities that students will engage with once they leave the classroom. When applied to the lives of today’s children, it’s clear to see where contemporary technology comes into play.

Dawn of the Digital Age

As the 20th century progressed, the technology that became readily integrated into the classroom increased almost exponentially. 1930 saw the invention of the overhead projector, allowing images to be displayed on a large scale for students to interact with as a group.

In 1959, the photocopier arrived on the scene as a huge sigh of relief to teachers everywhere. 1960 brought the whiteboard, the scantron emerged in 1972, and the handheld calculator the very next year in 1973. Each new invention was a preamble, foreshadowing the impending single most groundbreaking EdTech device since the invention of the printing press. You guessed it: computers.

At this point, computers had already been around for a number of years. However, the first portable computer for general use in 1981 from IBM was the tipping point, weighing in at a whopping 24 pounds. Just a few years later in 1983, Steve Jobs introduced Apple’s “1984” Macintosh ad and millions of viewers caught their first glimpse of the Macintosh — a device which many contemporary students and teachers alike seemingly can’t live without.

In the 1983 TIME Magazine article, The Computer Moves In, Otto Friedrich states,

“Above all, it is the end result of a technological revolution that has been in the making for four decades and is now, quite literally, hitting home.”

Where Do We Go from Here?

By 2009, the National Center for Education Statistics reported 97% of classrooms in the U.S. had at least one computer. Technology-based education was already integrated into most classrooms’ curriculums.

Just over a decade later, individual devices such as iPads and laptops are presently commonplace for students, and even more innovative EdTech, such as interactive smart screens, are rapidly becoming the expectation for classrooms. As the dust settles, and schools play catch up to the demands of EdTech’s latest and greatest, it begs the question, “Where to now?”

More and more, we see social media seeping into the education sphere. The strictly offline disposition once present in most classrooms has changed its tune as teachers recognize the possibilities of connectivity and community that social media can offer between educators and students. Greater collaboration and productivity emerge as a result — as long as the scrolling is school-related, of course.

Looking forward, we can see the possibility of biometric technology in the classroom on the horizon. Biometric signals could potentially indicate students’ traits and behaviors, personalizing course material to best accommodate different learning styles.

Augmented Reality (AR) is also a possibility for the classroom, cultivating unmatched educational experiences in which students can experience history, “speak” to important figures and travel the world (almost) as if they were really there.

As smart screens evolve, they offer even more tangible ways in which students can engage with content collaboratively, utilizing visual, auditory, and tactile skills, and generating a more universal learning environment as a whole.

As with any of the previous ages we’ve explored, the integration of the current technology into the fabric of society — and more specifically, education — is an inevitable task, especially for IT. The task at hand is to ensure the environments in which students learn reflect their external lives, as John Dewey pointed out, as well as gesture toward their futures.

The most critical piece is choosing EdTech responsibly, so that it offers longevity and continuity as technology evolves. Despite the rapid and often revolutionary nature of advancing technology, its history points to a much steadier pattern in its integration. As EdTech becomes progressively implicit, so does access, usability and ease of implementation. From radical beginnings, it strives for simplicity.

For a quick look into the future of classroom technology, download this infosheet on the latest advance in simple, affordable tech that’s already a hit with teachers and IT specialists: The Touchscreen TL6. 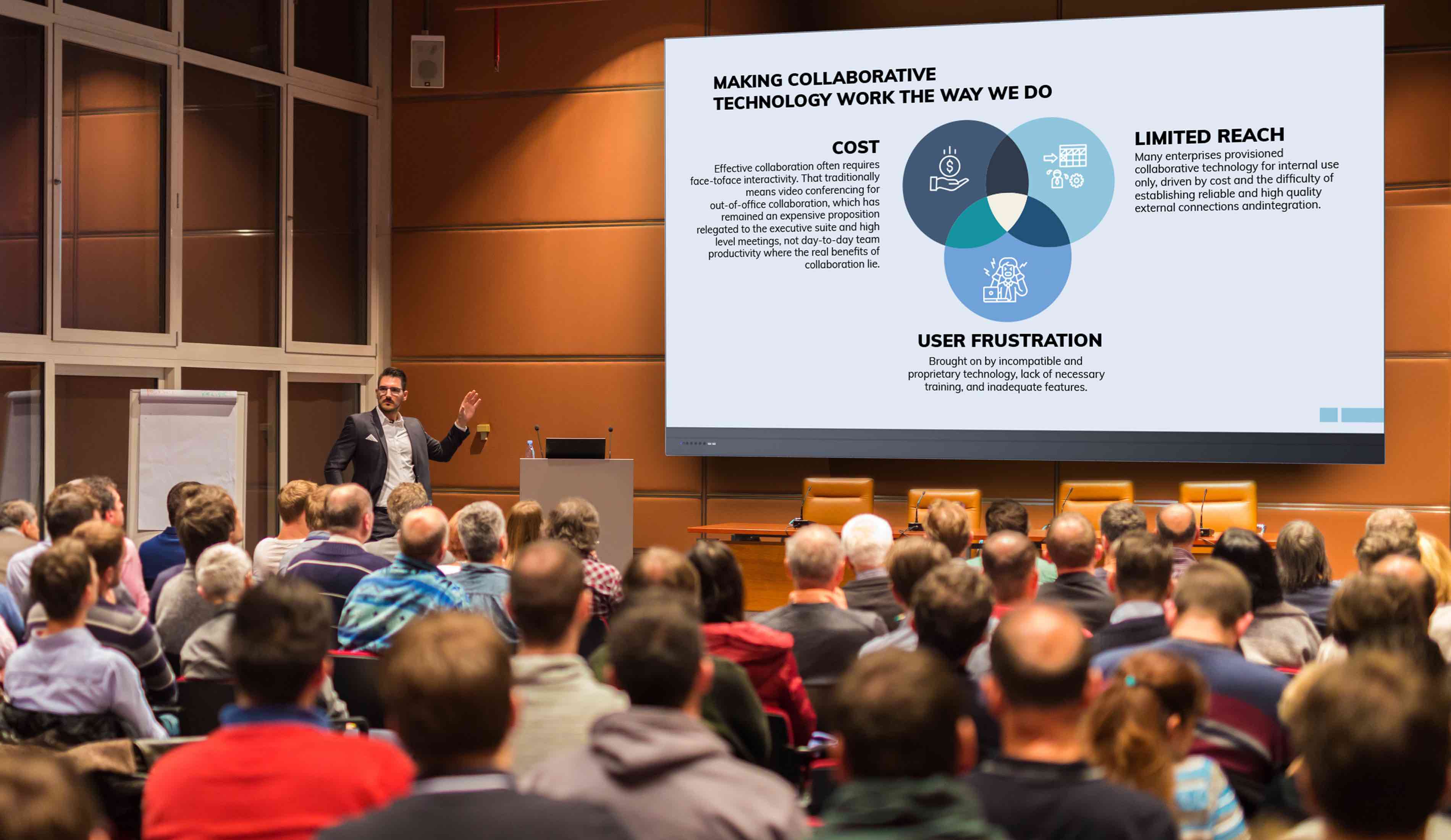 3 Surprising Spaces Where Video Walls Are Popping Up 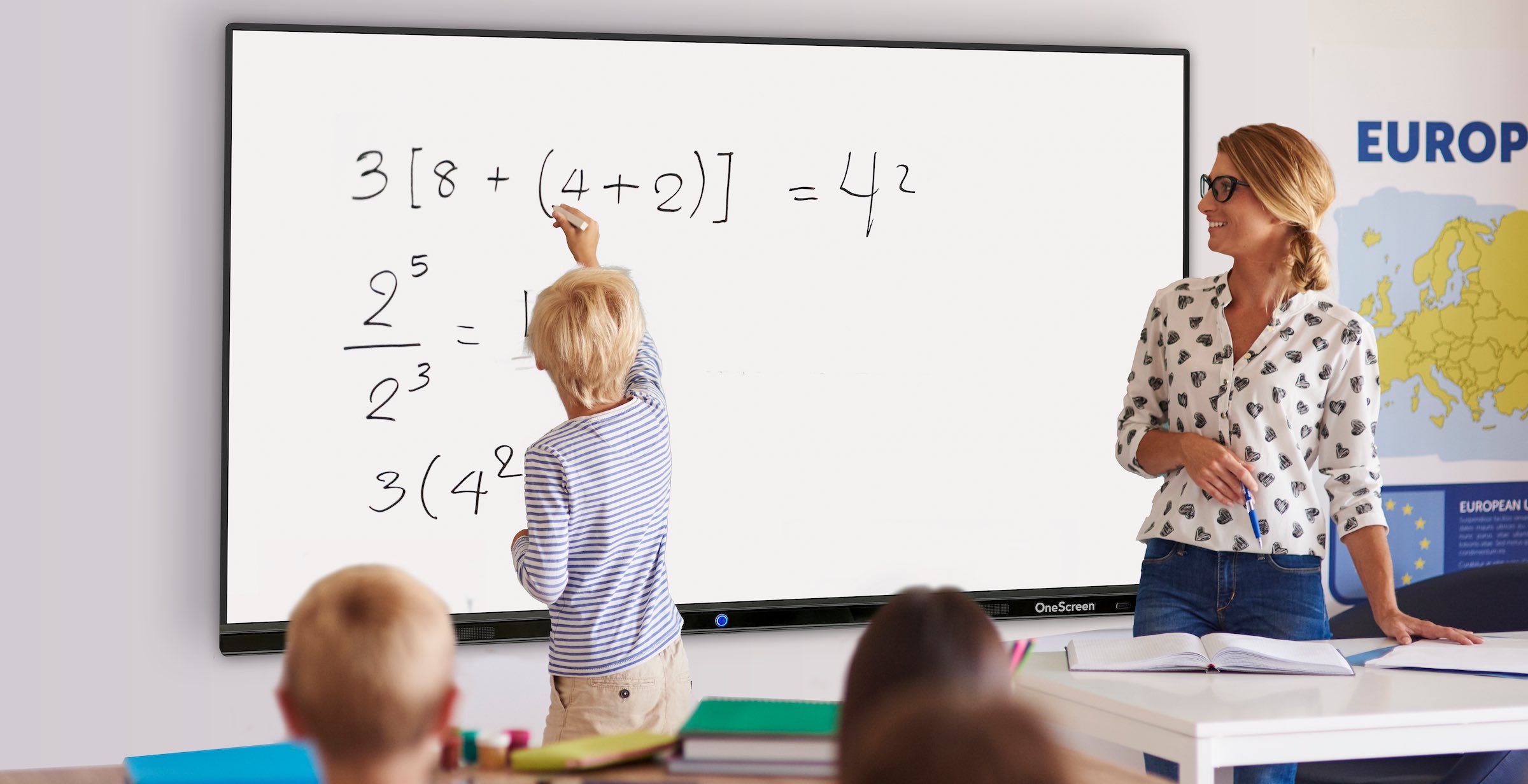 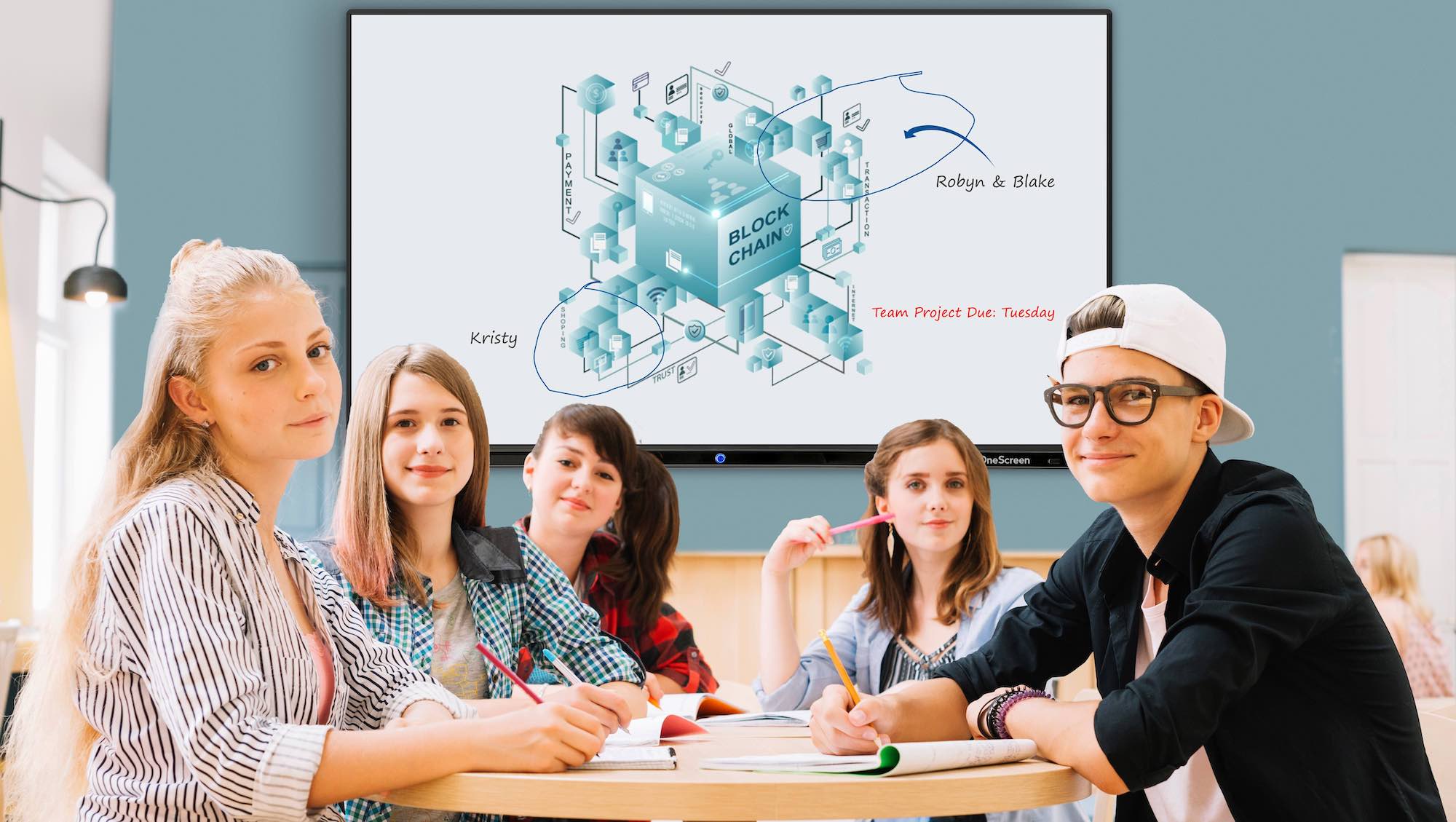 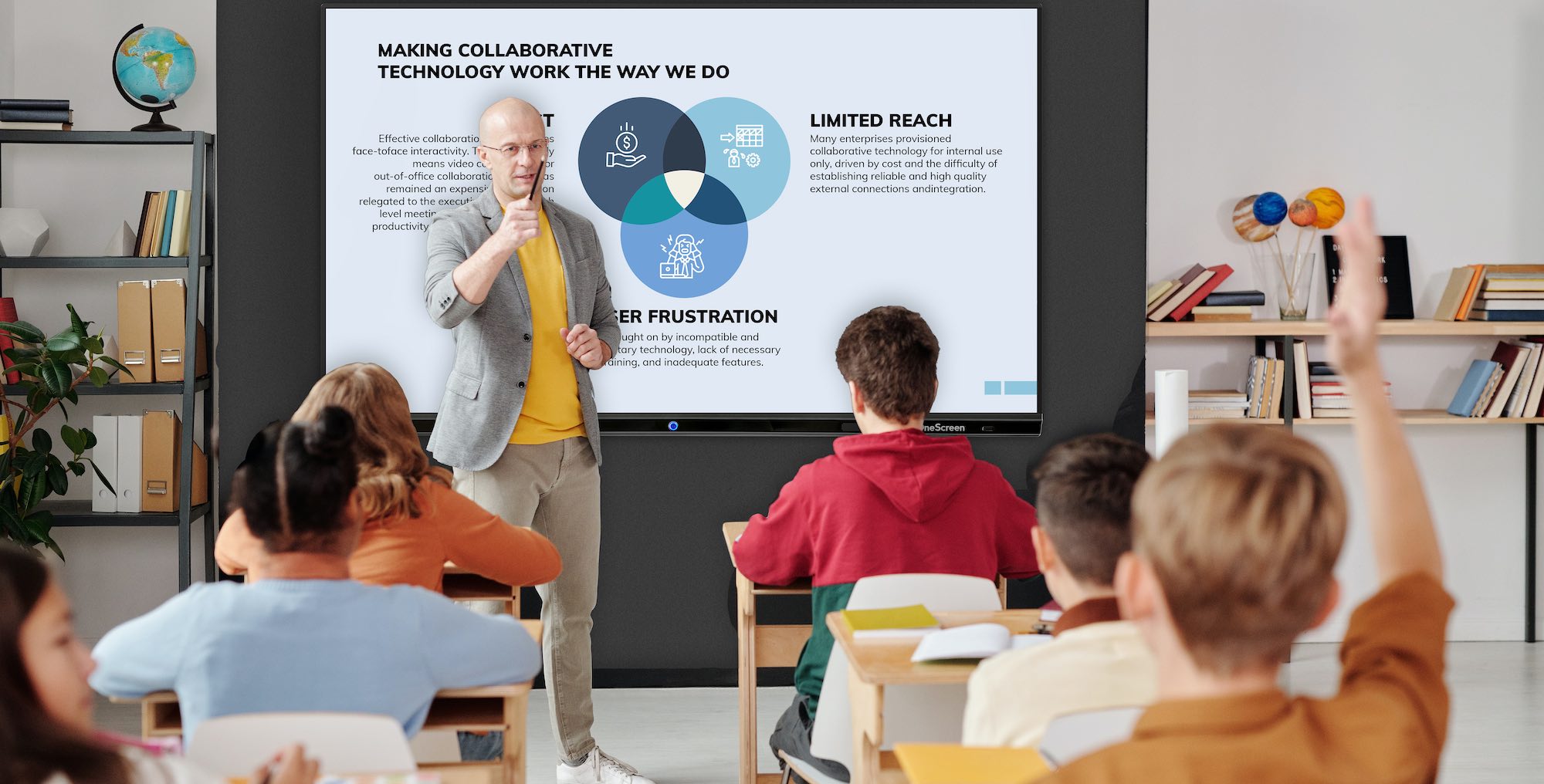 The Link Between Student Engagement and Test Scores

Please wait, your call is being connected to the OneScreen Guru.
Demo Hours: 9:00 AM to 6:00 PM Pakistan Standard Time (PKT)