Sign up for OneScreen Hype and start cloud-based collaboration now.

Instantly join your meeting by adding the unique meeting ID here.
Already have an account?
Sign in now Are you new to Hype?
Sign up now Do you have Hype Meeting ID?
Join your meeting now

In a small town of Khyber Pakhtunkhwa, a province nestled in the north western region of Pakistan, children are heading out to school. The school is situated near a small town, easily accessible to parents and their children.

A girl, Mahgul, sits in an overcrowded classroom and watches her teacher write on a chalkboard. She is asked a question and answers correctly, but yearns to learn beyond the conventional methods of teaching. She is glad that she came early today. Being late usually means getting to sit in the back of the class, giving her a mere chance of participating. Mahgul sees the daily struggle that her teacher goes through, and is distressed by the lack of knowledge gained by students during the limited school hours. She begins to think to herself “There must be a better way”.

The unrest within KPK had a tremendous effect on the education system, where the classrooms were not adequately equipped, nor were the teachers provided with basic facilities. However, in recent years Muhammad Atif, an emerging PTI leader from Mardan and the Education Minister of KPK, is taking bold measures to implement PTI’s manifesto. He has empowered the KPK E&SE department to choose best technologies and teachers to enhance traditional and blended learning in classrooms. Under the supervision of KPK Chief Minister, Atif has successfully initiated the first step of liberating the young community of KPK, and delivering an opportunity for them to excel in all fields of life. Imran Khan’s dream for Pakistan is to promote the significance of education and witness a Pakistan where the youth is skilled, well-educated and enlightened, and Atif has proven to be an excellent choice to deliver on this dream.

One of PTI’s major achievements in KPK is a project that plays a vital role in establishing a strong technology base for elementary and secondary education. KPK E&SE department together with the KPK IT planning department have worked relentlessly to become the pioneers of introducing quality teaching methodologies, like OneScreen multi-touch screens with annotation & swap learning software, for teachers to facilitate learning in a more collaborative environment. Five hundred schools are now benefiting every day from the OneScreen enabled IT labs all over KPK, and the departments are looking forward to expanding this initiative to over two thousand schools during the current tenure of the PTI government.

In another part of the world, a successful US based Pakistani Entrepreneur, Sufian Munir was keen to invest in the education sector of Pakistan.

In KPK, he found a government that met this criteria. Sufian is the CEO of Clary Icon, an organization that manufactures OneScreen solutions. Recognizing the brilliance of OneScreen, KPK ES&E department seized the opportunity to provide this ground-breaking educational system to the community of KPK. Today, young children in over hundred schools benefit from the same OneScreen technology that is being leveraged by the educators and students of Ivy League educational institutions such as Princeton University, Columbia University and other well reputed universities in Pakistan like LUMS etc. This is a huge initiative enabling valuable talent of KPK to come forward and compete on international forums.

Other projects initiated by KPK ES&E department under PTI’s leadership include the training of 83,000 local teachers by qualified British Council professors, new school structures with solar power & container based smart schools, which takes them many steps ahead in competing with the global education system.

In a school of KPK, Mahgul sits in a technologically advanced classroom. The teacher points at the huge OneScreen touch-screen to deliver digital educational content.

Her teacher makes a video call and suddenly the whole classroom begins to interact with another class full of students sitting in another part of the world. All the lectures can be captured and redistributed. Mahgul is mesmerized that they are now able to connect to international platforms with the touch of a finger. She is now able to record, save and share the same experience with her friend, who does not have the resources to attend school. With OneScreen, the educators of KPK have been enabled to incorporate distant learning, collaboration, discussions and sharing in real-time through HD video conferencing, whiteboarding and computing. OneScreen also provides endless opportunities such as Microsoft training after school hours and entrepreneurial classes in the evening. Mahgul is now pleased to see her time being utilized productively, as the classroom sessions are monitored. Mahgul has a wide grin on her face and she thinks to herself “So there is a better way”. 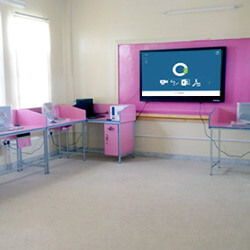 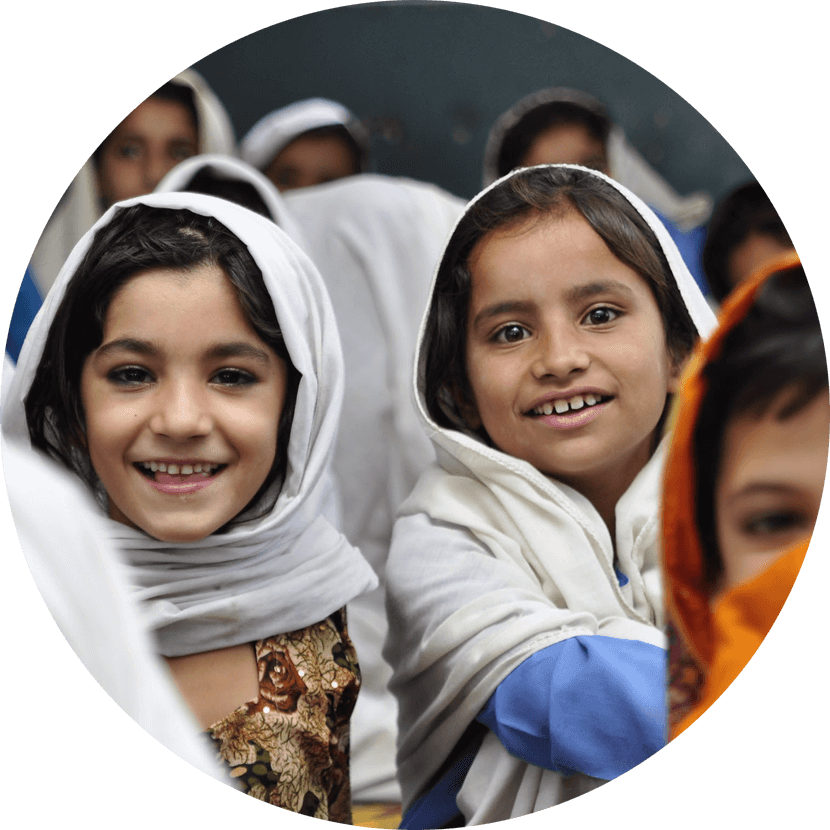 "Thank you for your help. The training was very helpful and informative. I have learned a lot during that time and appreciate everything you have done to help me. I look forward to working with you in the future."

"We purchased our OneScreen smart board this June and received training from Abraham Rahman this September. The training was very informative and he was able to demonstrate and explain all the tools we wanted to utilize. Since then, we have been using our smart board for tutoring on a weekly basis. We have our first workshop scheduled for this October and plan to present the material via the smart board. We are very excited and appreciative of Abraham for getting us started."

"Thank you for the training. It was concise, well-paced, and very informative. We really appreciated the primer."

"Abraham was such a pleasure to work with! He was so patient throughout the entire training process and made a daunting amount of information very digestible and easy to understand. I’ll continue to reach out to Abraham as I engage with the OneScreen and discuss how I can best optimize all of its capabilities!"

"Thank you for the wonderful training that you conducted for 13 faculty members. Everyone enjoyed the presentation and when I sent follow-up questions at a later date, you got back to me pronto. We are using the OneScreen Hubware for our nursing students in classes and your software for micro, chemistry and A&P. Also, several students are using it on their laptops for group study sessions right outside the classrooms. We are impressed with the software. Thank you, sir."

"Although the training did meet my basic expectations but it could be even better if more in-depth details were provided regarding the OneScreen. As far as the price is concerned a lot of other features can be added in the OneScreen product that will further enhance the customer experience. Furthermore, with the help of your team and our support staff, we were better able to resolve our technical queries quickly. The smartboard product is great and as we continue using the OneScreen, we're gaining familiarity."

"I am really loving the OneScreen panel and ease of use of the features. The training sessions that I had on the annotation software and Hype were excellent. You guys have done a terrific job with the OneScreen device. Keep up the good work!"

"Just a note to say thank you for our recent session with the OneScreen. You provided an excellent overview of the software which I found very helpful in rolling out our new interactive boards. I especially appreciated your helpful email with the diagram that explained how to connect the laptop to the OneScreen and how patient you were when answering my questions. While our teachers are just getting started, I already see teachers projecting notes for their class, they love having the ability to just pop in their flash drives. So easy! Teachers are playing videos for instruction and using the annotate software for class notes and collaboration, and using the features for math and science, like the Periodic Table. I look for the usage to improve and expand after you have sessions with both our elementary and middle level teachers. Overall, it is really helping us grow."

"We appreciate Adam's patience and assistance to get our training on the way. Even after an hour of downtime on our end, he offered guidance to facilitate the connection. The training was very informative, and he was clear in his delivery and demonstrated knowledge in the field."

Please tell us when you would like to schedule your demo.

I prefer a live demo

Please wait, your call is being connected to the OneScreen Guru.
Demo Hours: 9:00 AM to 6:00 PM Pakistan Standard Time (PKT)